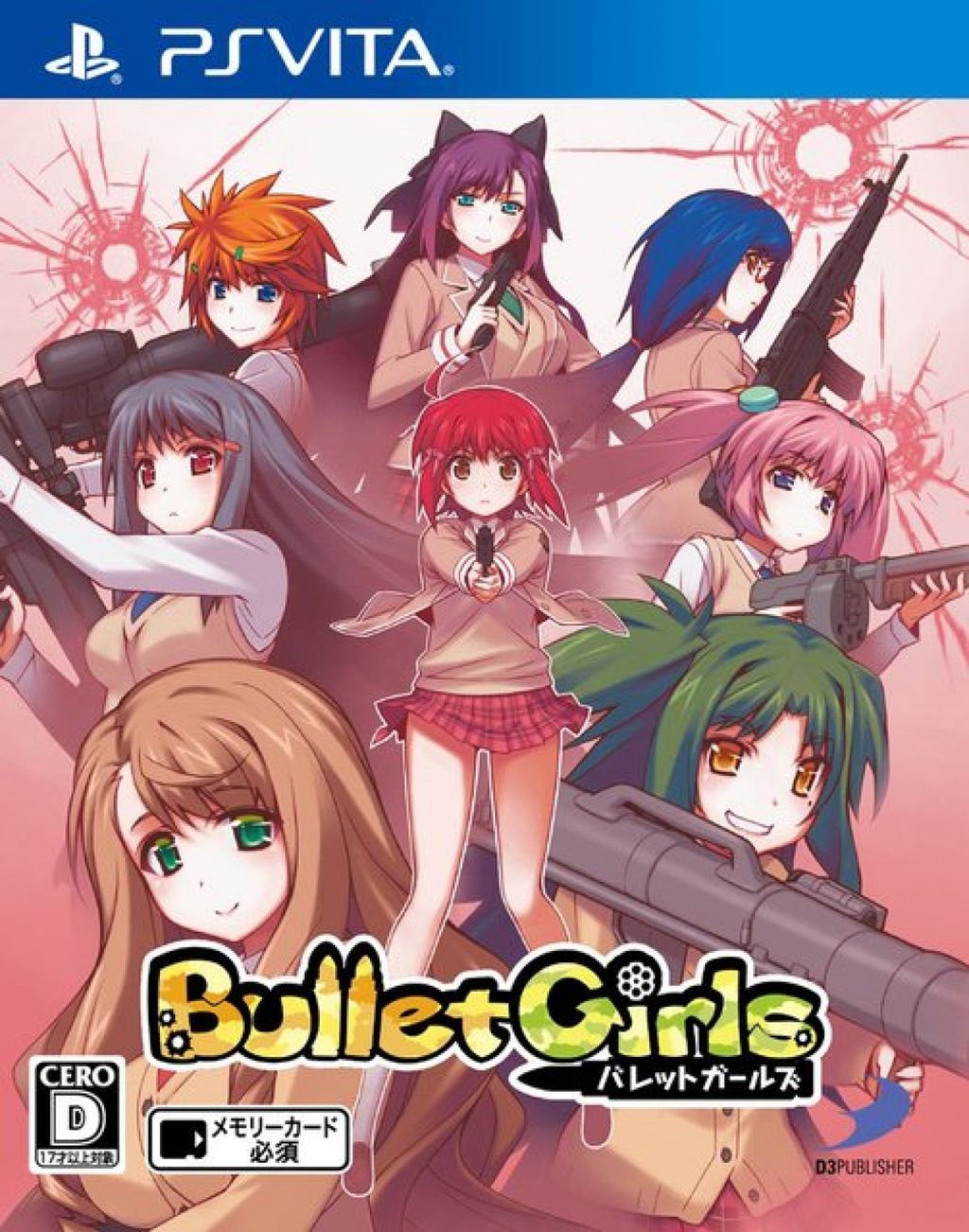 Gameplay
Bullet Girls revolves around a group of high school girls whom are part of their school's Ranger Club, alternately known as the Ranger Corps, which trains them on using weapons and different types of military missions used on battlefields. There are a variety of missions within the game ranging from offensive to defensive, each with a variety of objectives, which include wiping out enemy forces, reaching a specific point on the map, collecting items and teaming up with other club members who will then engage in combat with the player. A wide range of weapons are usable, including handguns, rifles, recoil-less rifles, and shotguns, among others. Characters can hold up to four different weapons, which can be exchanged during missions. Military vehicles, such as tanks, armoured vehicles, and helicopters can be found in the game as well. Many game maps feature in Bullet Girls, ranging from the schoolyard to the desert.

A notable gameplay mechanic of Bullet Girls is clothes degradation. As the girls take hits and lose health points, their clothing gets torn up thus revealing what they are wearing underneath. Specific parts of the girls' clothing can be targeted to reveal that specific area; additionally, to help complement this feature, the game contains "a slew of cut-in images, as well as 39 unique bits of erotic acting meant to play up the sexual aspects of the game." The game also features "interrogation training scenes", used to "extract critical information from the opposing side", but is mostly just touching and groping the girls. There are over 1,600 patterns of undergarments for the girls; these can be customised by the player. Points acquired from the interrogation practices as well as the missions as can be exchanged for additional costumes and undergarments in the in-game shop. Settings within the game can also be customised, ranging from camera angle to the costume destruction scenes, as well as dirt that shows up on the characters. The game also features downloadable content, such as additional items, characters and extra voices, including special costumes from the OneeChanbara video game series.