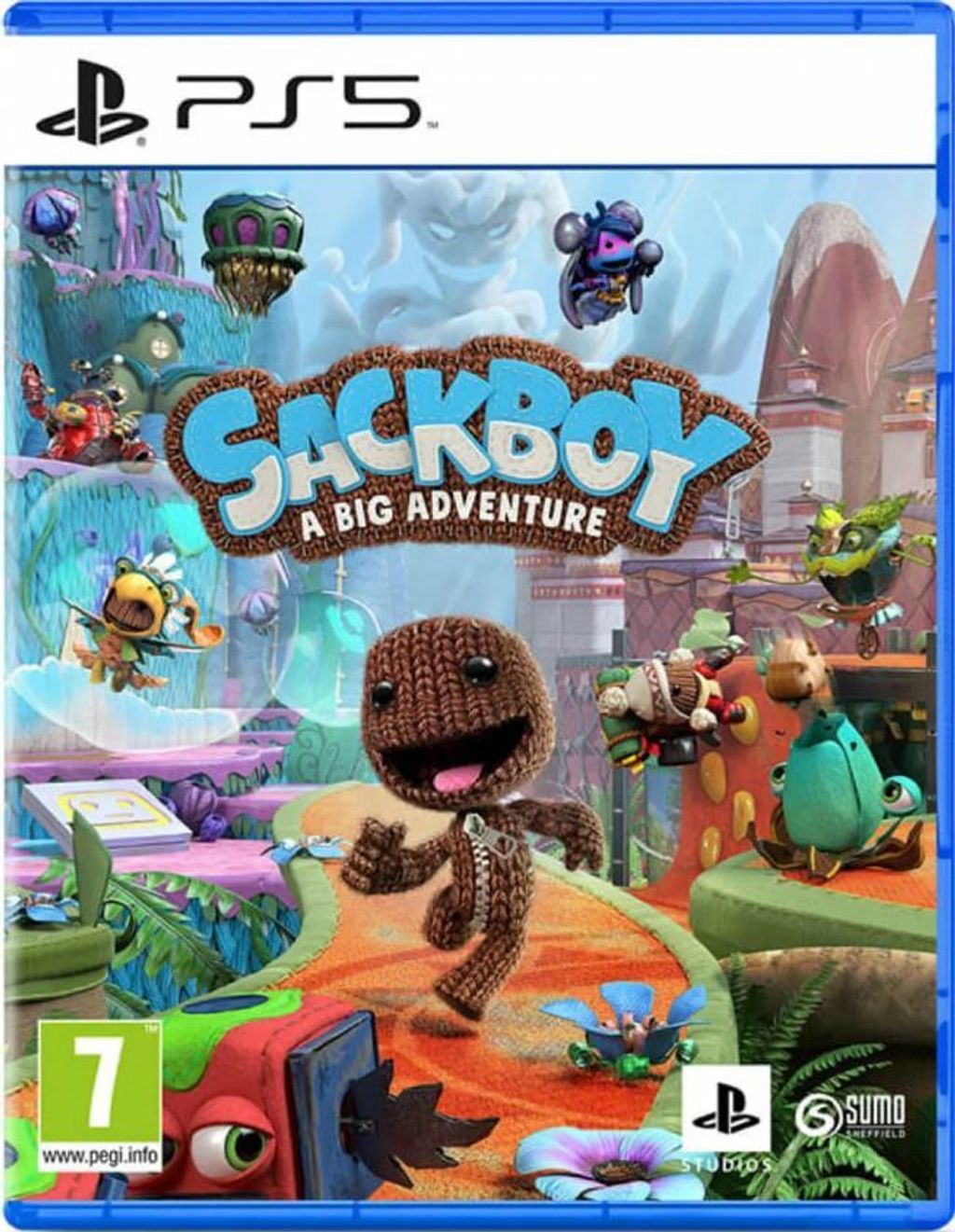 Collaborative, Chaotic and Joyful Multiplayer - Take on side-splitting challenges in local and online* party play. Parties can play through the whole game – including unmissable co-op only levels

STUFFED. STITCHED. ZIPPED - Sackboy returns to the big time stuffed with fresh moves and game-changing gadgets in an awe-inspiring and downright fun 3D adventure in this new, but familiar world

Take Sackboy on an epic 3D platforming adventure with your friends.

And here’s what’s going down:

The dastardly Vex (a near-mythical being born of chaos and fear, no less) kidnaps Sackboy’s friends and forces them to build his Topsy Turver.

This most deadly diabolical device will transform Craftworld from a fantastical land of pure imagination and innocent dreams… into a torrid, barren eyesore of nightmares. Ooh, the fiend!

But legend tells of a prophecy from deep within the ancient order of the Knitted Knights, Craftworld’s legendary protectors. For only the brave, fearless, chivalrous, and, yes, gallant can save the day in an almost too dramatic for words race against time stuffed with danger and peril. So much peril.

Set off alone or with your bravest friends on a whirlwind of capers across the snowiest mountains, the leafiest jungles, the wettest underwater realms, and the, uh, spaciest of space colonies.

Takedown Vex. Save the sack-folk. Save the day. It’s time to fulfill your destiny, Sackboy. From woolly wonder kid and hessian hero… rise our Knitted Knight.