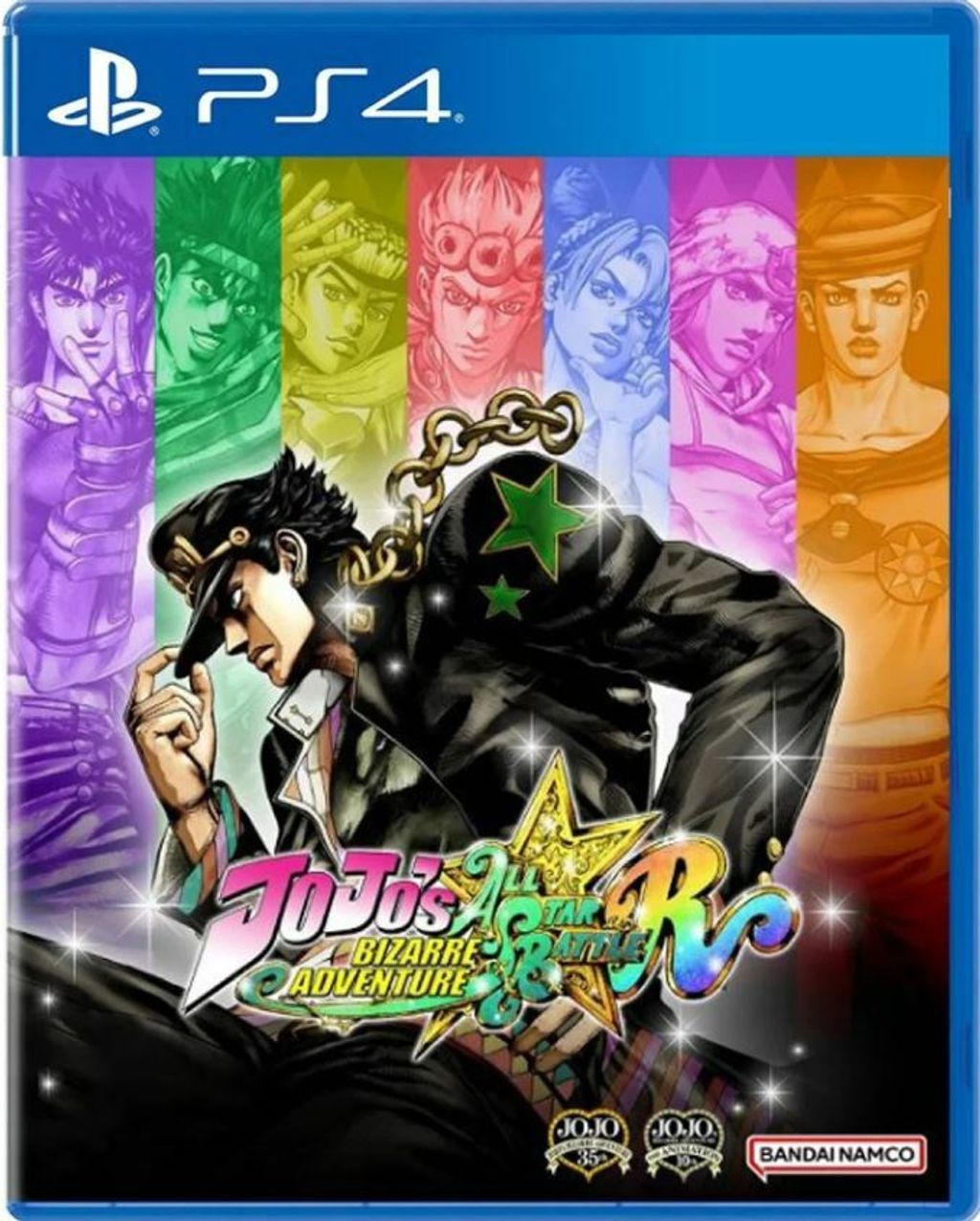 50 Playable Characters from All JoJo Arcs - Jonathan Joestar, Jotaro Kujo, DIO, Jolyne Cujoh, and many more characters from JoJo's Bizarre Adventure gather across multiple generations!  With 50 playable characters from all arcs, you can experience popular battles from each story, and see characters from different universes interact for the first time!

A Brand-New JoJo Experience - The game design of JoJo’s Bizarre Adventure: All Star Battle R has been overhauled from the original JOJO battle system with adjustments to the fighting tempo and the addition of hit stops and jump dashes.  With new audio recordings from the anime voice actors as well as updated graphics to suit the anime’s art style, the full atmosphere of the animated series is realized!

All JOJOs Unite! Fight for Your Destiny!

JoJo’s Bizarre Adventure is best known for its charismatic heroes who drop unforgettable catchphrases (“yare yare daze…”) and perform over-the-top moves as they pummel each other using martial arts and supernatural skills. Now you too can brawl with your favorite characters in JoJo's Bizarre Adventure: All Star Battle R! The biggest game ever in the franchise, All Star Battle R brings together 50 characters from every story arc. With special game modes, experience popular battles from each story and see heroes from different universes interact for the first time!