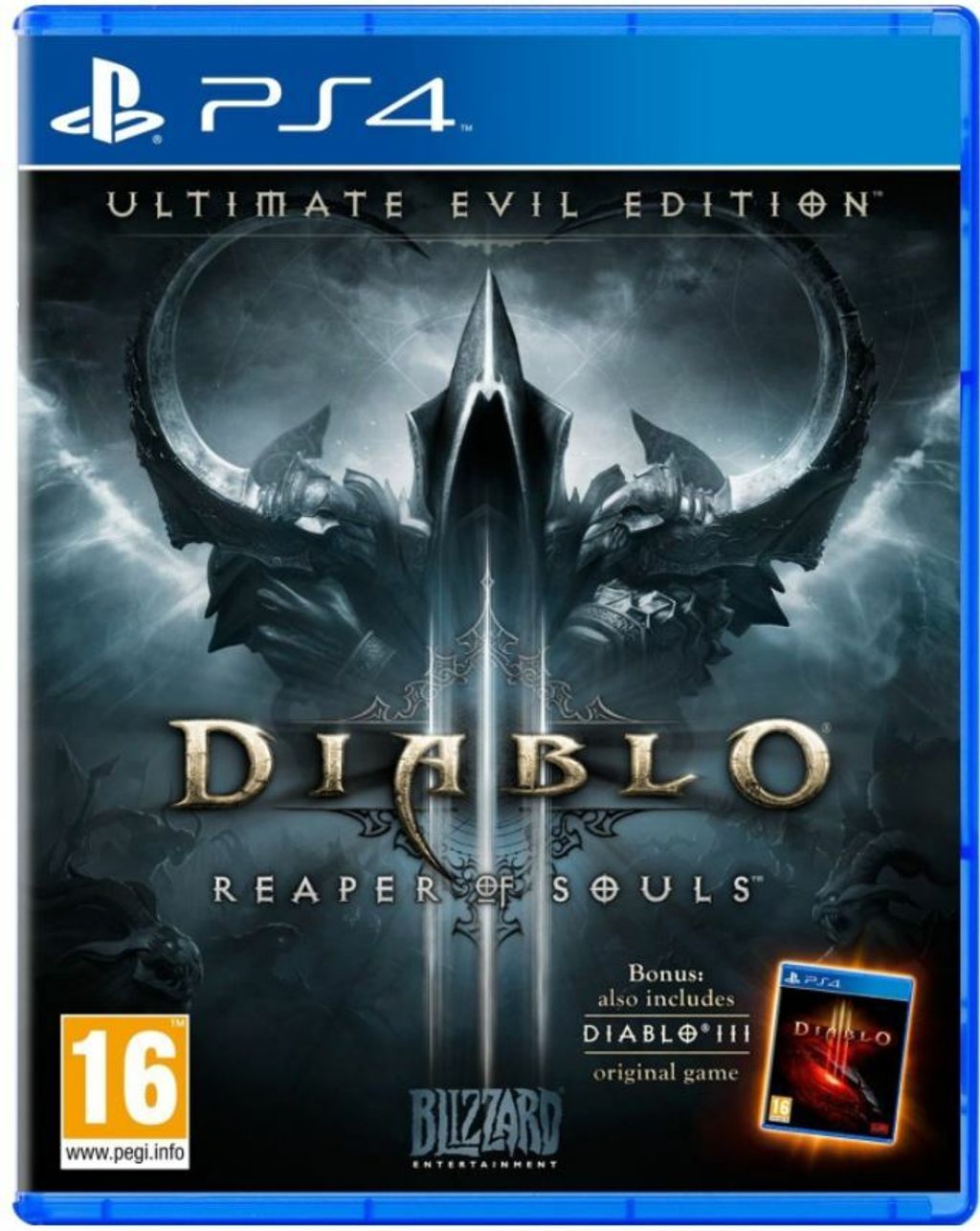 Fusion of the Fastest Selling Game and its Expansion:

Unimaginable terror and sinful forces makes its way to the PlayStation 4. From the series that set a new record for fastest-selling PC game to date, the Diablo franchise is ready to launch its ultimate and most sinister edition for faithful fans and new players. Created by Blizzard Entertainment, experience the fusion of Diablo III and Reaper of Souls expansion into a single title, Diablo III: The Ultimate Evil Edition that will level up the action, terror and thrill of the game and gives all the players the tools they need to defeat the mighty but terrible Diablo and Death itself.

Hunting Demons and Monster in 3D:

As evil approaches, players must stand ground and secure the safety of humanity. As monsters swarm and attack simultaneously, it’s up to the players to hack and slash their way through with the over-the-top abilities. Play as the barbarian, witch doctor, monk, demon hunter, or wizard and experience the thrilling adventure of defending the sanctuary. Conquer all the enemies and unlock new skills; customize the properties of your weapons and hunt to your heart’s content in 3D environments!

Playing at the Comfort of Your Couch:

Taking advantage of PlayStation 4 system, Diablo III: The Ultimate Evil Edition will give a new level of demon slaying experience! Slaughter all the demons and monsters with the system’s cutting-edge features including excellent an custom-designed interface; the DUALSHOCK® 4 wireless controller and its touch pad functionality will give a greater sense of control. As well, outstanding social features will make team forming over the internet all the easier.