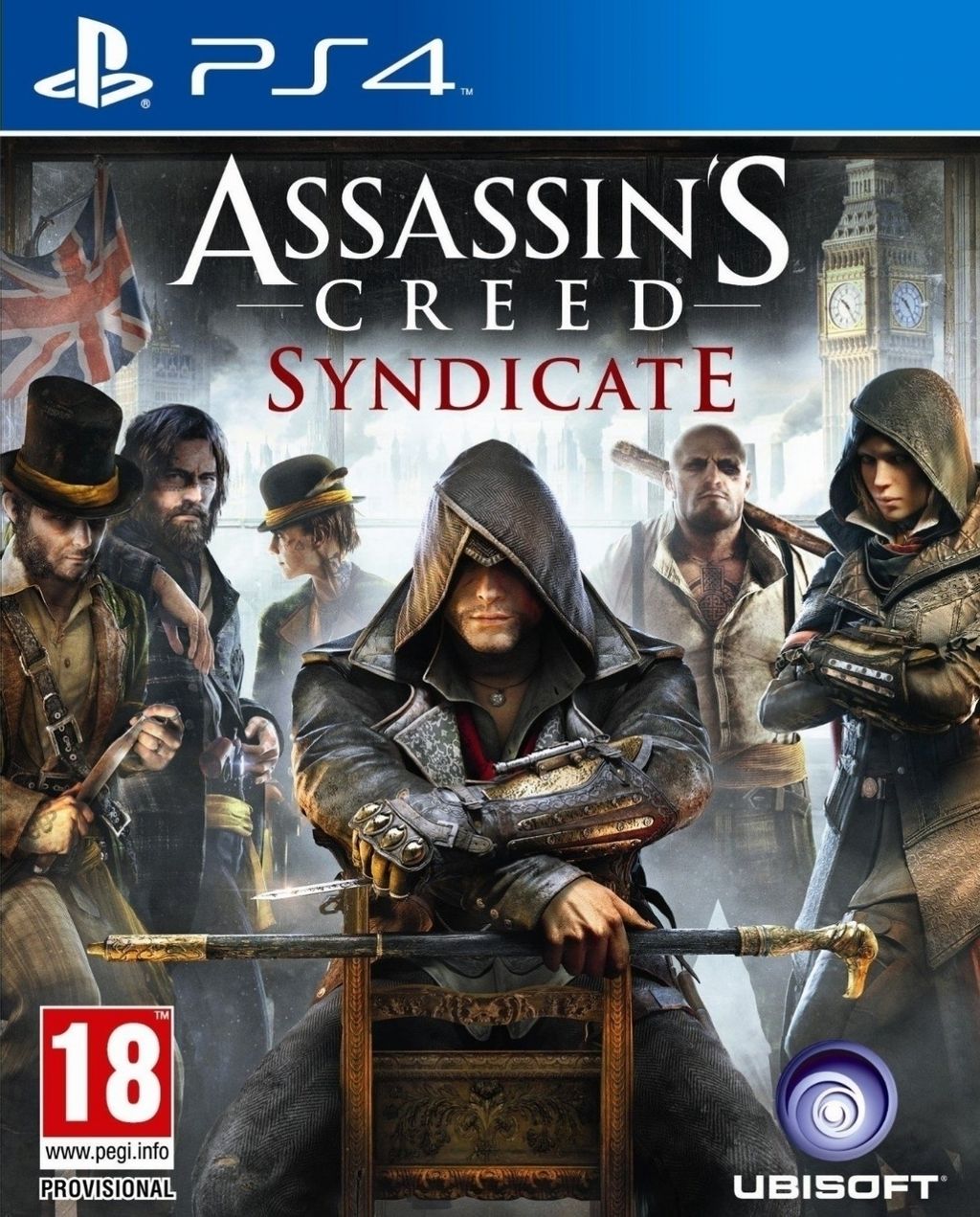 Journey through London's 1960 Industrial Revolution in Assassin's Creed Syndicate! This historical action-adventure open world stealth video game offers groundbreaking features which will be first in the series' long running famed titles: a female protagonist to be featured in the series’ main entry, new gameplay mechanics, new travelling systems, new set of weaponries, a larger open world to traverse, and so much more! Together with twins Jacob and Evie, unite London's criminal underworld and forge a different kind of battle in Ubisoft's biggest title yet: Assassin's Creed Syndicate!

At the tail of London's flourishing times of industrial revolution and with the Assassin's Brotherhood all but eradicated, twin assassins Jacob and Evie arrive at a city controlled by the Templars. Raised to follow the brotherhood's creed, they battle to win back the city for the benefit of the city's working class in able to do this they must first infiltrate and unite the city's criminal underworld and get the aid of some notable figures in the said era like Charles Dickens and Charles Darwin.

For the first time in the series, players can choose from a male or female character in the person of Jacob and Evie and switch between the two freely; with each having their own missions, abilities, and skill sets. Jacob specializes in close combat while Evie excels in stealth and uses intelligence and wit. Enjoy an impressive set of weapons including brass knuckles, a cane sword, a compact revolver, and the fearsome Nepalese curved kukri knife.

Experience the fastest game in the series yet as the game cuts its latency in half and allows multiple enemies attacking all at once. A new traveling system is also featured in the game which maximizes the utilization of the victorian era atmosphere. Players can now traverse the game's six boroughs including Westminster, the Strand, the City of London, Whitechapel, Southwark, and Lambeth through iconic vehicles like carriages and trains, or by parkouring through rooftops with the help of a rope launcher or ziplines. You could also now take down enemies by using the environment like dropping things on them for a more immersive gaming experience.