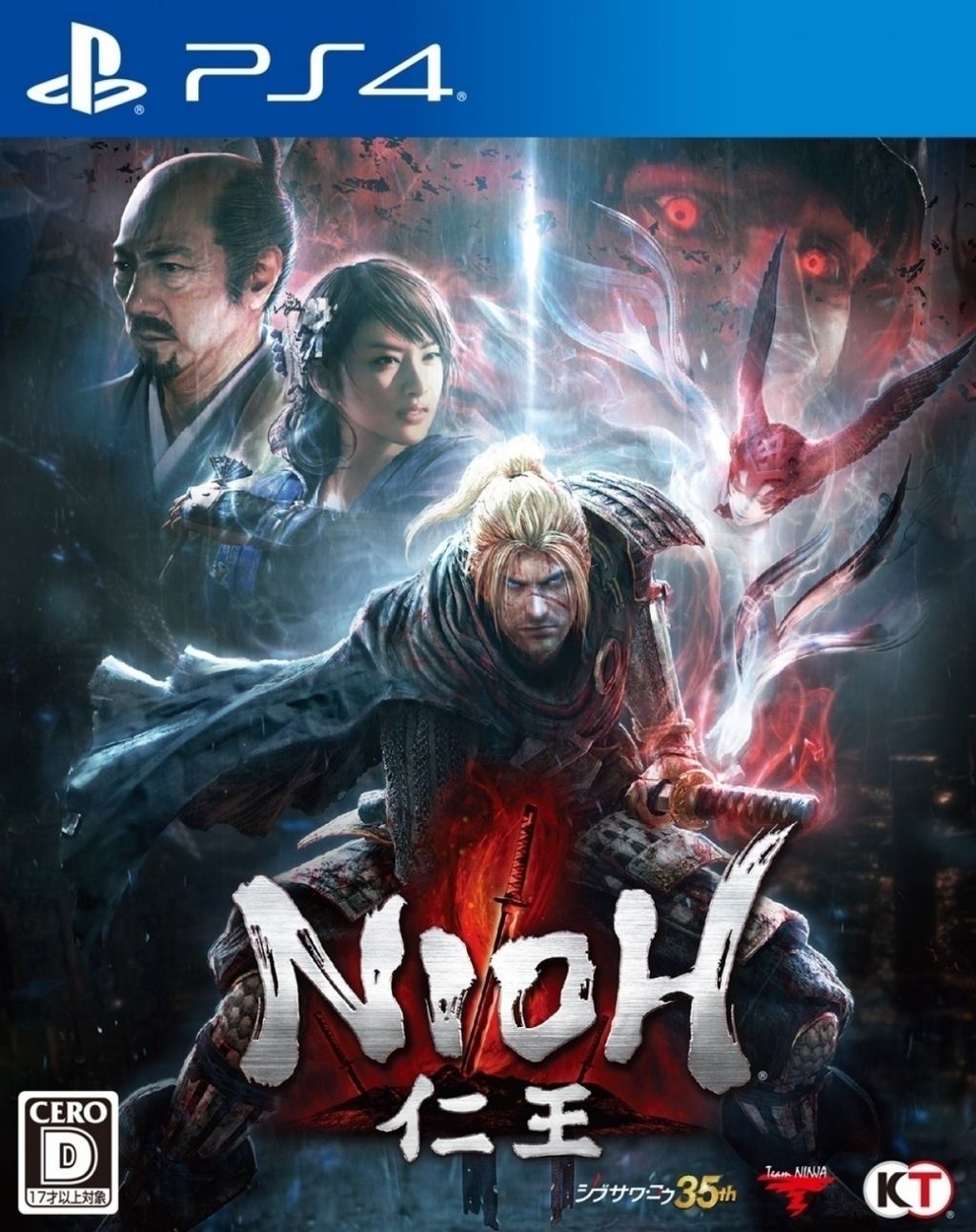 Those who remember the 2005 Electronic Entertainment Expo will recall the hype behind this historical action adventure; in preparation for it's canceled PS3 2006 release, a pre-rendered CG trailer showed Ni-Oh as a game about a blond-haired samurai - the offspring of a Western Woman and Japanese Lord set during the Warring States Era of Japan - and was based on an unfinished script of renowned Japanese film auteur, Akira Kurosawa.

Over a decade later, the finalized form of Nioh is now a difficult and dark samurai action game inspired by the original with supernatural elements designed specifically to incite trial and error; based on the reveal trailer and this description, one can almost say this is Samurai Dark Souls, Akira Kurosawa style!

Of course, with the history of Team Ninja's contemporary approach on Ninja Gaiden, it would be safe to expect an exquisite combat mechanic. Details revealed so far explain a 3-stance attack system - low, neutral, and high; a high stance reserved for power attacks and low stance for defense. As well, weapons will have their own traits and can be switched in real-time and actions will be limited to a stamina meter lending to a careful tactics in battle.

Similar to Souls, like bonfires, Shrines will be placed along the journey, where 2 activities take place, the first being a level-up point, and the second is the replenishment of "guardian spirits." Guardian spirits are a resource that drop from fallen foes, and is directly related to the means to cast and perform various special attacks - using these techniques will be at a cost of these spirits, so another element of strategy comes into play.

There is also an asynchronous online component where sword markers of fallen players serve to warn other players of high difficulty areas, and insofar, Nioh will be apparently littered with these sword markers, as is the intention of Team Ninja.

If anything, knowing that all the elements are finally coming together is a welcomed addition to the gaming universe; although there is only a 2016 tba. release date, based on what's been shown so far, Nioh is a "new" IP that gamers might have forgot about, but will definitely remember as it nears release!