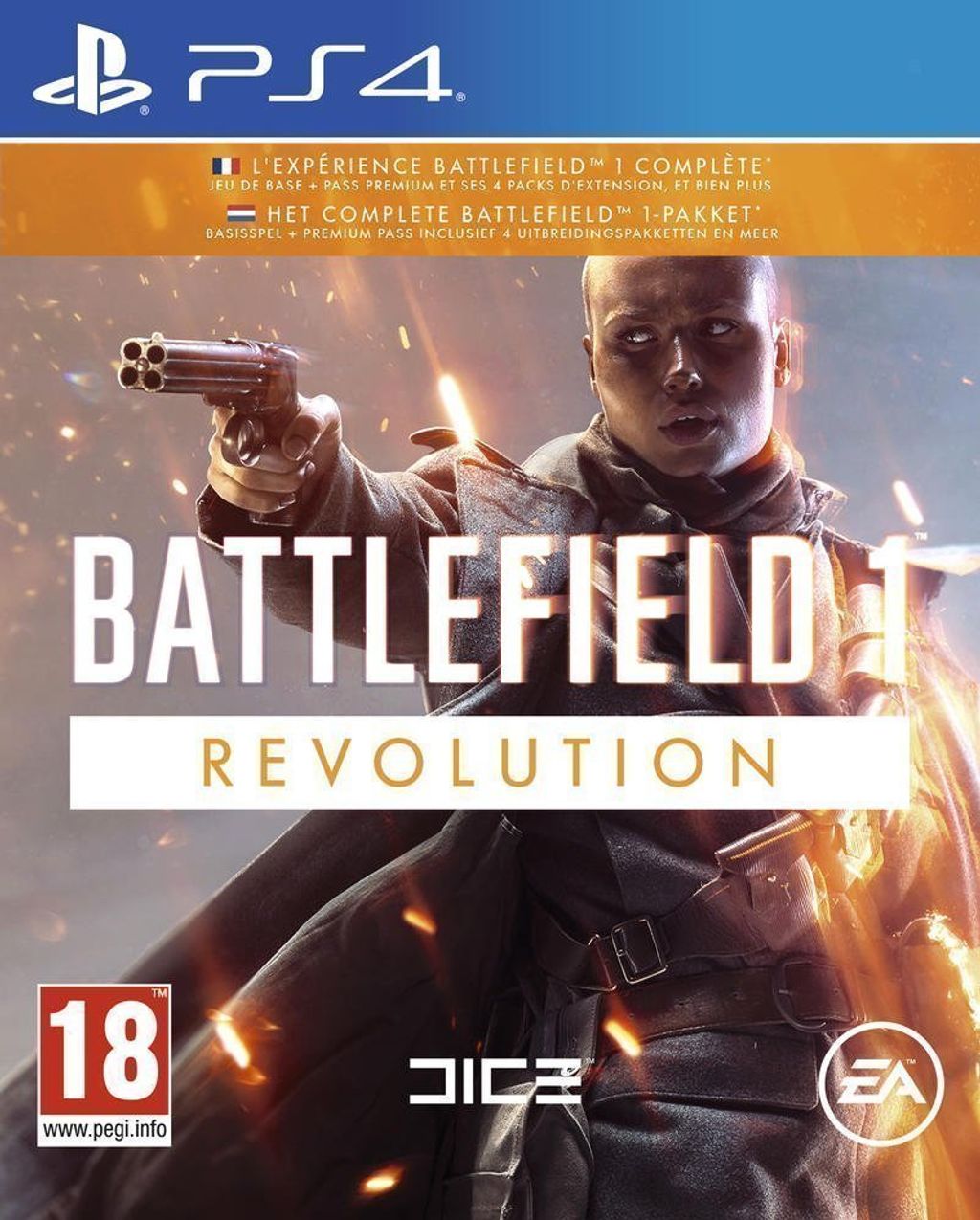 Join the strongBattlefieldcommunity and jump into the epic battles of The Great War in this critically acclaimed first-person shooter.Battlefield™ 1 Revolution Editionis the complete package at a great value containing:

Experience the dawn of all-out war inBattlefield 1. Discover a world at war through an adventure-filled campaign, or join in epic team-based multiplayer battles with up to 64 players. Fight as infantry or take control of amazing vehicles on land, air and sea. And adapt your gameplay to the most dynamic battles in Battlefield history.

Battlefield 1 They Shall Not Pass: The hardened veterans of the French army make a stand in a brutal defense of their homeland.

Battlefield 1 In the Name of the Tsar: Enter the largest front of World War I with the Russian army in blistering winter.

Battlefield 1 Turning Tides: Participate in the amphibious warfare of World War I.

Battlefield 1 Apocalypse: Go over the top in hellish infamous battles during the most cataclysmic time of the war.

14 Battlefield 1Superior Battlepacks, each containing one stand-out weapon skin, delivered monthly starting November 2016. When becoming a Premium Pass member, you retroactively get the Battlepacks that’s already been handed out since November 2016.

Red Baron Pack, Lawrence of Arabia Pack and Hellfighter Pack – containing themed weapons, vehicles and emblems based on the famous heroes and units.

New visual appearance of the Behemoths, the largest vehicles inBattlefield 1.